At Imagina, our mission is to provide our clients effective, technology driven and culturally relevant integrated communications tools that enable them to develop and strengthen their brand perception to the Hispanic market or the general market.

Based in Houston, Texas, Imagina Communications is a leader in providing advertising, promotions, Web marketing and public relations services for the Hispanic and mainstream markets. We combine integrated, strategic direction with creative vision and technology-driven solutions. No member of our team brings less than 18 years of experience to the table. Our knowledge of what stimulates buying decisions among multiple populations is grounded in years of experience and furthered through consistent research of their latest trends, cultural nuances, market characteristics, traditions and purchase habits. We are the forerunners in developing an understanding of your target’s values, attitudes and behaviors. This allows us to develop strategically and creatively balanced campaigns that communicate the desired message while building trust.

Imagina is also a Certified Minority Business Enterprise with the Houston Minority Supplier Diversity Council, the Metropolitan Transit Authority of Harris County, and the Port of Houston. We are also certified as HUB Texas.

A bit of history

Seventeen years ago Imagina Communications Inc. was born during Hispanic Heritage month. Jose Monterrosa and Frank Trevino had $250, a laptop, and a dream to start and build a successful Hispanic advertising agency. Today that dream is a reality measured not only by billings but also by the business accolades accumulated along the way. In 2013, Imagina Communications was named as one of Emerging 10 Companies by Houston Minority Supplier Development Council, Volunteer of the Year by the AMA Houston Chapter, and featured as Hispanos Emprendedores in GenteToday.com.

Principal owner, Jose Monterrosa, has built a reputation as the go-to man when brands need to penetrate and fit themselves among Houston Hispanics. Jose is a member of the American Leadership Forum, American Marketing Association, Houston Minority Supplier Development Council, Houston East End Chamber of Commerce and the Houston Hispanic Chamber of Commerce. The latter has grown exponentially during the last ten years thanks to the leadership of Dr. Laura Murillo and her team of consultants which includes Jose Monterrosa in the marketing side.

When the East End District, the local municipality of the oldest Latino neighborhood in Houston, was selecting an agency to use for their public and media relations, they selected Imagina Communications, for their proven track record of successful advertising and general communications campaigns.

Jose attributes his successful trajectory to years of experience, in-depth knowledge of marketing and strong relationships with the community he serves: Latinos. He obtained a degree in Mass Communication and additional studies in Marketing in his native country of El Salvador. Due to his academic prowess and experience he was awarded a Fulbright Scholarship completing a combined program of Advertising and Marketing in Michigan State University in Lansing, Michigan. Jose went on to learn the tricks of the trade as a staffer of Sykes Communications in Houston and then Bromley Communication in San Antonio, one of the largest Hispanic ad agencies. He also worked for six years at Young & Rubicam doing TV and radio production work in his home country.

After a rough beginning and a few bumps along the way such as the recession that hit Houston in 2009, Jose has been able to overcome not only the typical challenges that every business faces but the adversity of major economic swings that have forced him to adjust his business model and maximize his resources. 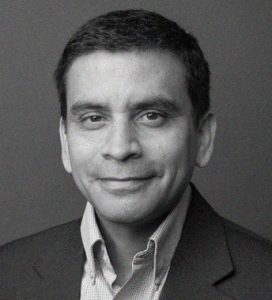 Imagina Communications is a marketing and communications agency located in Houston, Texas that brings to every project a proven track record of successful advertising, marketing research, web marketing, promotions and public relations campaigns for both Hispanic market and general market.